Whitney Houston Tribute Night At The One Call

Discuss all things Stags and Football League Two, and share stuff using our BBCodes.
Forum rules
Please read the Posting Rules before participating. Posting on the forums is subject to adhering to these.
Also, see the Guidelines for Posting. Moderators may sometimes tidy posts which do not follow these customs.
Post a reply
1 post • Page 1 of 1

Whitney Houston Tribute Night At The One Call 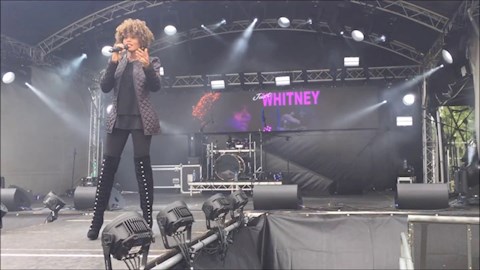 A superbly-talented Whitney Houston tribute night will be performing in the 1861 Suite at One Call Stadium on Saturday 10 March.

Doors will open at 7.30pm in the 1861 Suite and tickets cost just £10 (plus small booking fee if purchased online) for this not-to-be-missed night of music.

The inimitable Beverly Savarin possesses the voice, appearance and power of the one and only Whitney Houston and is widely regarded as the United Kingdom's number one Whitney tribute performer.

In an ultimate tribute, this former X Factor contender already has a gold album, a top selling dance hit single, and who has guest appeared on a platinum selling album.

Enjoy some of her many hits, such as, 'I Wanna Dance With Somebody', 'Step By Step', 'So Emotional' and 'I Will Always Love You', plus many more as we remember the ultimate gift, that was Whitney!

After the Whitney tribute has finished there will also be a 80s/90s disco to finish the fantastic night.

Tickets are available now online at www.mtfcboxoffice.co.uk or from Mansfield Town Football Club's ticket office on Quarry Lane or via telephone on 01623 482 482.
paul.nyland@mansfieldtown.net
facebook.com/mansfieldtownfccommercial
twitter.com/MTFCCommercial